The concept is simple. There are banks of cameras and sensors overhead which track everything put into a shopping cart, with the help of artificial intelligence — rendering unnecessary the old-fashioned ritual of scanning and paying at a checkout stand. Items are charged to a shopper’s Amazon account shortly after they walk through the exit.

Apart from the larger size, the store is very similar to the Amazon Go convenience stores that first opened to the public in Seattle in January 2018. Amazon Go has expanded to 25 locations across cities including San Francisco, Chicago and New York.

I created this video review and guide which you can watch:

Amazon’s goal is to generate accurate receipts, no matter how long you stand over the avocados or apples, shifting them around and picking them up before settling on three and then changing your mind to two. There is no need to put the fruits or vegetable on a weight.

The United Food and Commercial Workers International Union (UFCW) called Amazon a “clear and present danger to millions of good jobs” in a strongly worded statement reacting to the company’s new grocery concept. “The brutal truth is that Amazon is focused on one thing — eliminating as many jobs as possible to enrich one multi-billionaire, Jeff Bezos,” the union said.

The UFCW represents 1.3 million workers in grocery stores, meatpacking, food processing, retail shops and other industries, and said that Amazon’s “ruthless strategy” is designed to destroy those jobs. The union encouraged politicians and voters to reject Amazon’s business model and protect “the future of work.”

Amazon Go Grocery at 610 E. Pike St. is open Sunday through Thursday, 7 a.m. to 11 p.m., and Friday and Saturday, 7 a.m. to midnight. Underground parking is free for one hour.

Many Amazon sellers recently started trading stocks and crypto currencies, hoping to diversify their income, which is a very good idea with all the uncertainty which comes with the platform. For this reason, we launched a new Facebook group, Crypto Arbitrage Income (Bitcoin, Crypto, Altcoins, Blockchain, Trading) – feel free to join us and forget about the troubles of selling on Amazon for a moment! Regarding Amazon Seller Performance, you can always participate in our Amazon Seller Performance – Friendly Advice – Worldwide group, where you will be very welcome. If you are an Amazon Seller who needs help with any Amazon-related issues such as suspensions, listing blocks or is looking for professional assistance, please don’t hesitate to subscribe to my new OnlyFans page at: www.onlyfans.com/kikaangelic

Popcorn time! A whole movie about Jeff Bezos and Amazon. Have you seen it already?

Athena, which is a broad coalition of local and national organizations representing communities of people connected to Amazon recently started a petition aimed at breaking up its monopoly.

Whether you are a third party Amazon Seller or an Amazon employee, your participation may help achieve a positive change.

Here you can read the full petition text and add your signature:

As you know, Amazon has recently announced Seller Fulfilled Prime (SFP) changes which mean that sellers will be required to have Saturday pickups in order to stay on the program.

Jewish sellers who observe Sabbath will be unable to comply with the new policy, resulting in their expulsion from the program.

According to Ed, “Forcing Sat Pickup / Delivery infringes on the Tens of thousands of Jewish sellers that observe Sabbath and cannot work on Saturdays as a matter of religious practice. Sellers will need to decide to either get off the SFP program entirely or violate their religious beliefs. ”

If you would like to prevent this change to go into effect, add your name to his petition, which can be accessed on this link:

With the hashtag #StopSendingReturns, he is campaigning for Amazon to stop the continued placement of FBA Returns back into seller’s Sellable Inventory.

According to Ed, “Amazon should provide an option for the seller to recall ALL returns regardless if FBA staff think the item is “sellable” or not. This will solve the issues for Amazon Sellers, Buyers, and Amazon brand trust is strengthened. The seller can choose not to opt-out and Amazon will reship items as they are currently doing.”

If you would like to prevent this unreasonable practice, add your name to his petition, which can be accessed on this link: 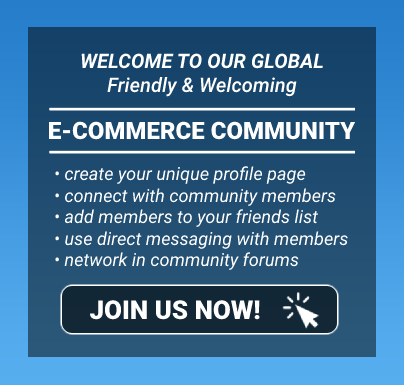